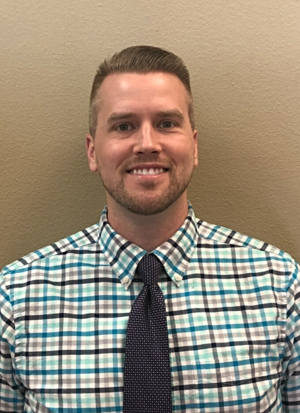 Dr. Joseph R. Byram was born and raised in the small Central California town of Manteca. During High School, he earned his Eagle Scout Award from the Boy Scouts of America. Before going off to college, Dr. Byram lived in Santiago, Chile for two years as a missionary for his church. His love for the Spanish language, the people, and the culture of Chile led him to major in Latin American Studies at BYU.

Dr. Byram has been asked many times, "Why did you choose to go into Dentistry?" his response to that question is, " I have always been fascinated by the miracle of the human body and, since an early age, I've wanted to work in the medical field. I've always had "manual labor", "hands-on " types of jobs growing up, so dentistry was an attractive career path because taking care of our patients' oral health not only requires knowledge, but also a steady hands an an eye for detail. I love my job!"

Dr. Byram graduated in 2011 from Nova Southeastern University - Dental School in Ft. Lauderdale, FL. While in Dental School, Dr. Byram was awarded the Health Professions Scholarship through the U.S. Navy and attended a one-year residency in "advanced Education in General Dentistry" at Naval Station Great Lakes, IL. Following his residency, Dr. Byram served for five years as a Dental Officer in the U.S. Navy, treating Sailors and Marines at Naval Station  Great Lakes, IL, Marine Corps Air Station Cherry Point, NC, and aboard the USS Nimitz aircraft carrier in Bremerton, WA. After jumping around the country for so many years in school and the military, Joseph and his wife Melisa decided to make the Tacoma area home for them and their four children.